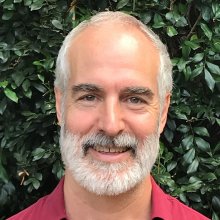 I'd like for us all to live in a shared reality about whether or not the 2020 general election was legitimate or not. This is a call to anyone with specific information regarding these claims to come forward and let us know what evidence there is - or is not - to support these specific claims.

For $100.00, I challenge President Donald Trump, and Anyone with information regarding these claims to address:
Read more

For $100.00, I challenge @RudyGiuliani, and @AndrewHGiuliani to support:
Read more

Challenging anyone who should know to address the House rules which were in place on Nov 15, 2019

Rep Devin Nunes and Rep Elise Stefanik appear to have broken House rules during an impeachment hearing, only to complain about the rules being broken by Chairman Adam Schiff. Many people on Twitter pointed to the rules in place at the time, on the House website. These rules appear to make it clear that Rep Stefanik broke the rules at the time of the incident.

For $100.00, I challenge @RepStefanik, @DevinNunes, Any member of the House, then or currently, and Any of their staff to address:
Read more

Some experts in psychology and narcissism have said that Donald Trump suffers from Narcissistic Personality Disorder. Others have said that he does not. What are the reasons each believes what they claim and what do their peers think of their reasons? This document is meant to bring the informed people together to consider the evidence.

It occurs to me as obvious that the George W Bush administration lied the United States and the world into the Iraq War. Some people claim otherwise. I want to hear their detailed explanations for why they hold that position. I would like to ask them to address the strongest evidence which contradicts their perspective so that we can all start to live in a shared reality around this topic.

For $100.00, I challenge @PragerU, and @JMfreespeech to contradict:
Read more

What evidence is there to support their assertion? I'd love to see it!

For $100.00, I challenge @DrChrisNorthrup, and @sachastone to support:
Read more

The description of the active measures process as described by high-ranking KGB defector Yuri Bezmenov in 1983 and 1984 appear to closely resemble American society today and over the past several decades. The parallels strike me as far too numerous and accurate to be considered by any reasonable person to be an accident or coincidence.

For $1000.00, I challenge @nytimes, @FoxNews, and Any major media figure to contradict:
Read more

Challenging Robert F Kennedy, Jr to support his assertion that JFK was killed by the CIA

Robert F Kennedy, Jr, has made some very clear accusations about the CIA's alleged involvement in the assassination of his uncle, President John F Kennedy. If the information is as clear as he says that it is, the world should be clear about that right away. If his allegations are not founded on anything meaningful, then the world should know about that right away, as well.

For $100.00, I challenge @robertkennedyjr to support:
Read more